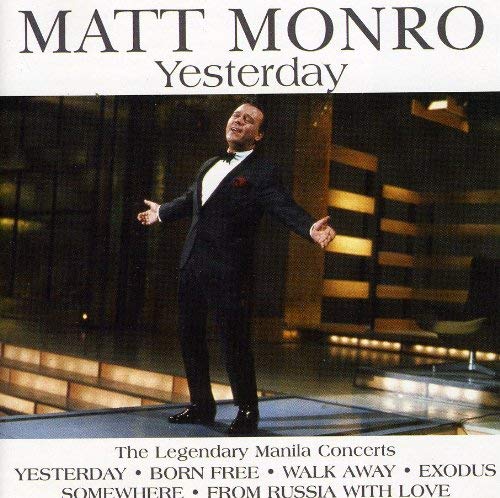 This release comes from a recording made on 1/4″ Reel tape back in January 1966. It was recorded directly from the mixing desk at the Araneta Coliseum in Manila for Matt’s personal archive. Unfortunately the original tape disappeared after the reel was transferred to cassette by EMI in the early 1980’s
There were several problems with the original recording. The sound mix that went to tape was exactly what came out of the PA speakers in 1966. Unlike modern concert PA systems, in 1966 not every instrument had an individual microphone. Some – the drums for instance – may not have had a direct microphone at all and has only been picked up by other nearby microphones.  I therefore had to spend a long period of time leveling out as much as possible through use of compression and eq – not an easy task when on a mono recording everything is locked together.

But before I could do that I had to remove as may imperfections as possible from sound.  The original reel had a fair amount of hiss already – not just from the tape but from the mixing console which had also introduced a low frequency hum to the recording. After removing the hum I then set about removing the hiss introduced by the cassette and as much of the effect of the Dolby B noise reduction as possible.  Finally the reel to reel tape hiss (Yes, tape hiss from a reel tape has a different sound to cassette!) was reduced. Not all the hiss could be removed from the recording without hurting the original sound.
After the re-balance, the whole concert had to be listened to very carefully to find as many drop outs (from both tape sources) that could be repaired – this is not always possible with current technology but the vast majority were fixed in this case.

One last restoration task was to minimise the effect of a faulty piece of equipment that sent a series of loud bangs through the PA system during ‘Walk Away’. This has been minimised by “painting” out the noise in a similar way to the way you can remove defects on a photograph.  Unfortunately the sound was so loud it obliterated everything else so it could not be removed altogether.
The 1983 concert had less problems but it was also a 2nd generation copy – this time a cassette copy of another cassette. The soundboard mix was much better, but the tape it was recorded on was not new and the erase head on the tape was faulty and did not remove everything previously on the tape. The bass of the previously recorded music was not erased and remains ‘underneath’ the new recording (It is unclear if this fault was on the original tape or this copy). Much of this could be removed without harming the recording but only on the four selections issued.  The concert was not complete but did have a large number of songs recorded, however most were incomplete or had sections missing – some had been copied to the tape twice – but not completely so no composites could be made. There were three other complete recordings in addition to the four issued, but two were already included in the 1966 concert and the third was marred by the extreme bass ‘print through’ detailed earlier.

Comments on the recording:
“All tracks are superb-a marvellous job of remastering etc.  My ‘ALBUM OF THE YEAR’!”
“All these songs painstakingly digitally restored and remastered to perfection have made this CD a real winner”