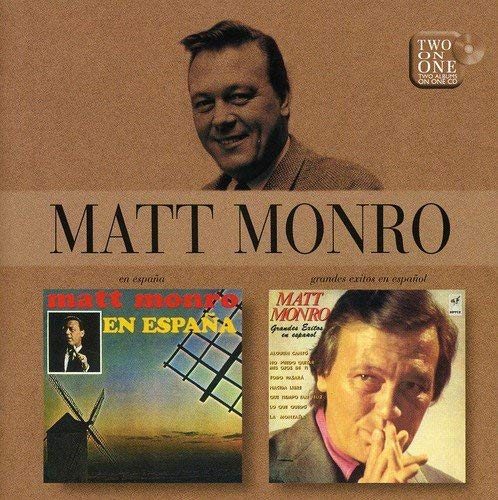 This CD was the first official release of all of Matt Spanish Album recordings in once place.

Michele Monro decided that rather than issue the ‘Alguien Canto’ LP issued in 1969 that she would like the South American compilation (same tracks in a different order) issued instead.

The majority of the songs have always existed is stereo, the odd one out being ‘Alguien Canto’ which was usually released in Mock Stereo.

EMI UK, it appears, did not have a tape of this in their tape library and so a Dub from a fairly battered vinyl LP was used for the More Heartbreakers compilation in the early 1980’s.

This was the version used ever since on every UK CD Release. When Michele Monro told me that EMI wanted to issue the complete album I told her of this problem. Although we could source a decent copy of Alguien Canto it was still in Mock stereo and mixing it back to mono was not an option as extra reverb had also been added.

Coming to my rescue was a collector who lived just a few short miles from me. He was able to furnish me with no less than 4 copies of the original Mono single. I got a great transfer and this was cleaned up and sent to EMI.

Some months later I took  some records to Michele Monro that  had bought from the same collector. One LP had the Spanish recordings on it and originated from Argentina. She asked if I would make a quick dub of it before I came down to Harrow.

To my major surprise “Alguien Canto” was in REAL STEREO.

Needless to say I quickly restored the track and submitted it to EMI. So not only does the LP receive it’s first official release in the UK but So does the Stereo Mix of this song

I am responsible for one half of the album – ‘Grandes Exitos En Espanol’ whilst En Espaniol was down to EMI.

2019 note: This early remaster is not one of my favourites. The tapes for the Grandes Exitos songs could not be found in the UK archive so a copy from Spain was used.  It was several generations away from the master and in order to clean it up I was a little heavy handed with the noise reduction. In recent years I have found the UK master tapes and the restoration of Alguien Canto has been completely remade. Hopefully an opportunity to redo these tracks will eventually appear.