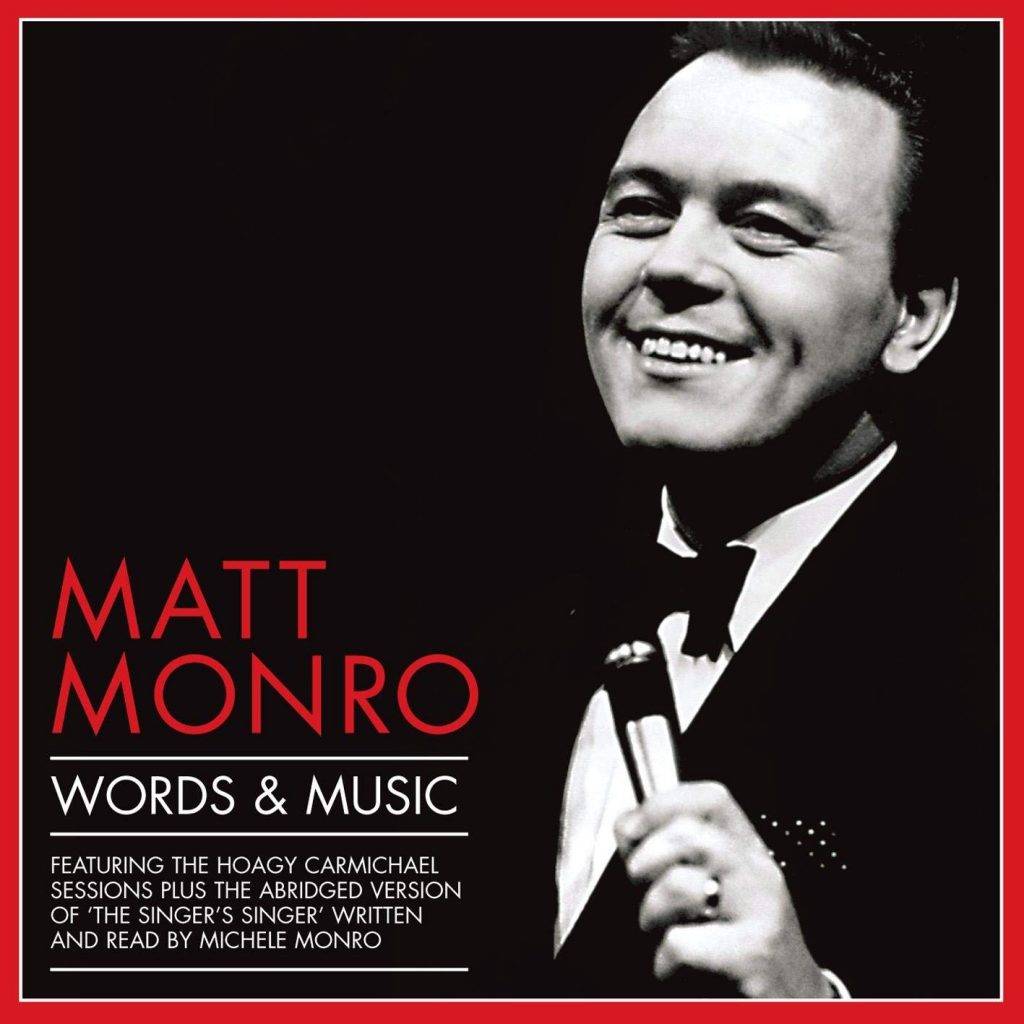 The first set in the disc however is entitled The Hoagy Carmichael Sessions.
This contains the complete ‘Sing’s Hoagy Carmichael’ album along with the only other Carmichael song recorded by Matt, A piano demo and more or less everything left over from the sessions.

Matt Monro Sings Hoagy Carmichael
1. Stardust
2. Small Fry
3. How Little We Know
4. The Nearness Of You
5. Georgia On My Mind
6. Skylark
7. One Morning In May
8. I Get Along Without You Very Well
9. Memphis In June
10. I Guess It Was You All The Time
11. Blue Orchids
12. Rocking Chair

To the technical details

I had always wondered why the masters for this album contained as much tape hiss as they did. The standard practice back at Abbey Road in 1962 was to cut the master takes directly out of the session reels and this was no exception. The original sessions were recorded direct to Mono and Stereo simultaneously – the same mix feeding both machines. However on this occasion after the album was assembled, George Martin decided that he wasn’t happy with the overall sound. Some tracks required more compression and others required a different EQ. This was probably due to that fact the all the songs were recorded across 3 different sessions over a four month period.

So the Mono session tapes were dumped and new Mono and Stereo tapes were prepared by George and engineer Stuart Eltham. Hence the hiss!

During my research into Matt’s recording sessions for the special edition of Michele’s book, I discovered a tape marked “DO NOT USE FOR COPYRIGHT REASONS” which dated back to the Hoagy Sessions. When putting this album together, I pulled all of the Stereo tapes related to the sessions from the archives. Lo and behold this mysterious tape was actually the original compilation reel with the recordings cut directly from the session reels – George Martin had put the copyright instruction on the box to scare anybody from using it instead of the ‘Mastered’ version.

I decided that I would work from the newly found reel. The condition of the tape – considering it hadn’t been touched since 1962 – was fabulous apart from a couple of edits, which I’ll get to later.

The new master is NOT an untouched copy of the original compilation reel simply because the same problems that Martin & Eltham still needed to be tackled. The tracks from 2 sessions matched quite well, but the songs from the third needed to be EQ matched and there was a marked difference in the compression used on the ballads (too little) and the swing tracks (as a rule ok). I held back on the compression as much as possible, but couldn’t avoid adding as the originals in places had speaker blowing jumps in volume – something I wouldn’t have expected from Stuart Eltham.

The album was recorded whilst Matt was in summer season. He travelled to London on three Sundays to record the album, and only had a limited amount of time available on each occasion. This meant that each song was recorded quite quickly and so a few of the songs were edited from two or more takes. These edits were made directly to the session reels and compiled on the original compilation reel. A couple of these edits hadn’t survived very well and so a couple of small sections (less than a second) had to be copied from the album master to cover this problem.

On to the Bonus tracks.

Lazy River and The Nearness of You (Piano version) come from Monro Estate acetates. Lazy River is a duet with Cleo Laine from a now lost TV show. Why the acetate was cut (not off air, but in the studio) is unknown. Nearness was from a 78rpm 7 inch acetate from around about 1956 and in pretty ropey condition.

The two alternate takes are all that’s left of the rest of the session reels. Both songs as originally issued were cut from two or three takes. What is left are the parts that weren’t used.

I Get Along Without You Very Well was cut from two takes. Mainly take 8 with a small section of Take 7. For this CD I have reconstructed Take 7 from the off cuts and the section used in the master.

Skylark was a composite of three takes – two complete and one edit piece. This out-take is an edit of the unused sections left on the session reel.

By The Way is not a Hoagy Carmichael song. But it is the only other song recorded in those three sessions. All takes of this song survive, preserved on the reel with I Get Along and Skylark. The tape had never been edited as the song (up until the singles collection) had only been issued as a mono single, cut directly from the Mono session reel. Matt was having fun recording this song and made a rare mistake. This was such a fun out-take it was decided to included it before the master.