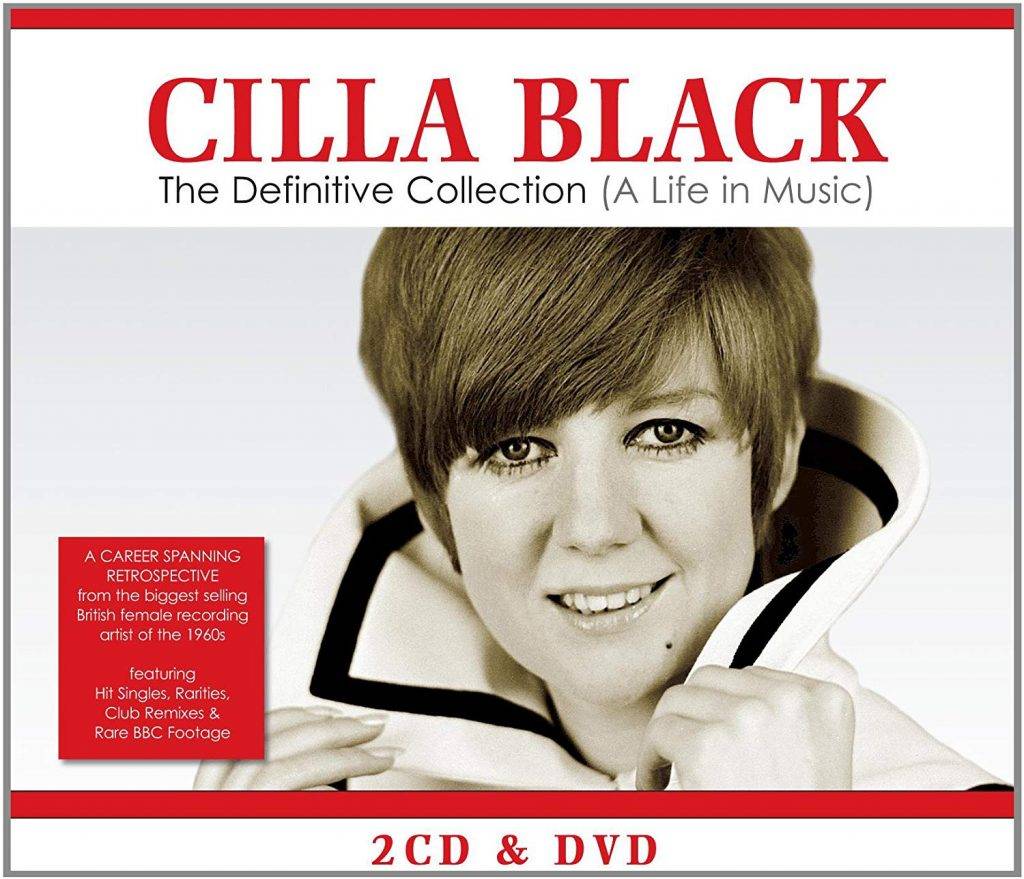 After the success of my work on the DVD for ‘Matt at the BBC’ Steve Woof from EMI Gold asked me to author the DVD in this package. The BBC sent DIgi-beta copies of the footage directly from the broadcast masters.

The colour footage was all from 2” Quad video tape and both picture and sound quality were very good, the Black and White footage however was taken from 16mm tele-recordings (film recordings from a television screen) of varying quality.

A small amount of re-grading was required to solve some contrast problems, but other than that there was no picture restoration attempted, which would have been too expensive for this particular project.

However several of the B&W clips had only optical soundtracks and were in drastic need of audio restoration which I carried out prior to the final authoring.

“Where is Tomorrow?” – Prior to restoration.

“Where is Tomorrow?” – After restoration.

“Surround Yourself With Sorrow” – Prior to restoration.

“Surround Yourself With Sorrow” – After restoration.

All Clips were left complete with no overlays

I also created the opening titles and all menus to the specifications requested by Cilla Black Ltd. 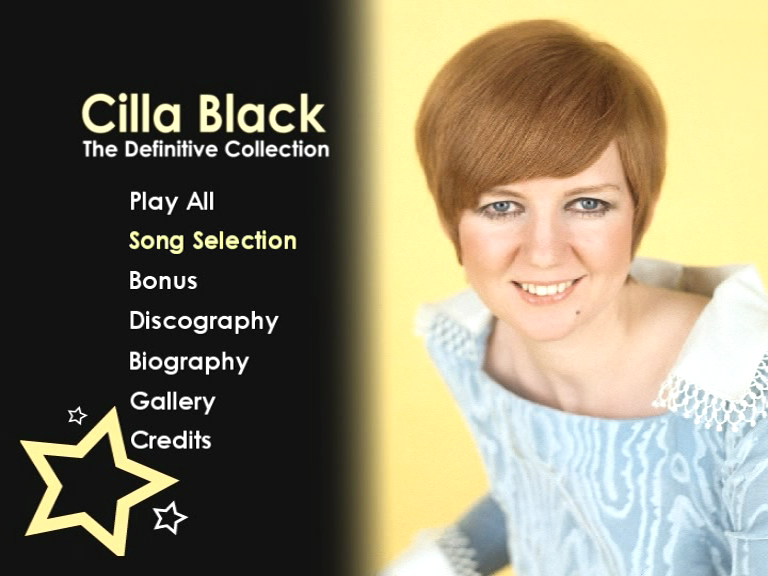 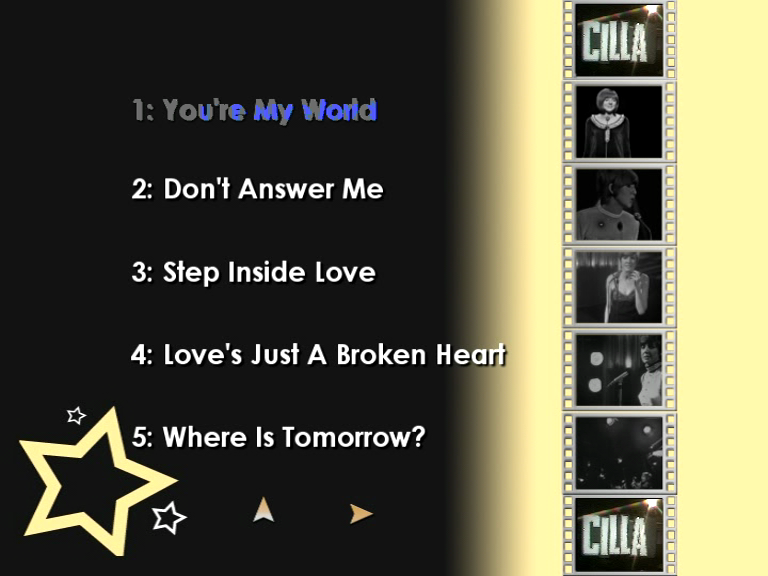 Reviews included this comment:
“When Richard Moore works on an assignment he does an exemplary job. This Cilla DVD is exactly how such vintage TV material should be treated.”